Ian rang me in a pickle. His site (www.bicester-tyre-and-exhausts.co.uk) was working, but the email had stopped, and he had no idea how this had happened, or who was running it for him. It turned out that the original web developer had ceased trading, and had sold their clients to another provider.

So, a few phone calls later, we got the emails working, and because of the difficulties of communicating with them, Ian decided that it was time to move more locally, and modernise the website.

Now with managed hosting, and the domain under our control, we agreed the current design, and the site launched a few days ago. 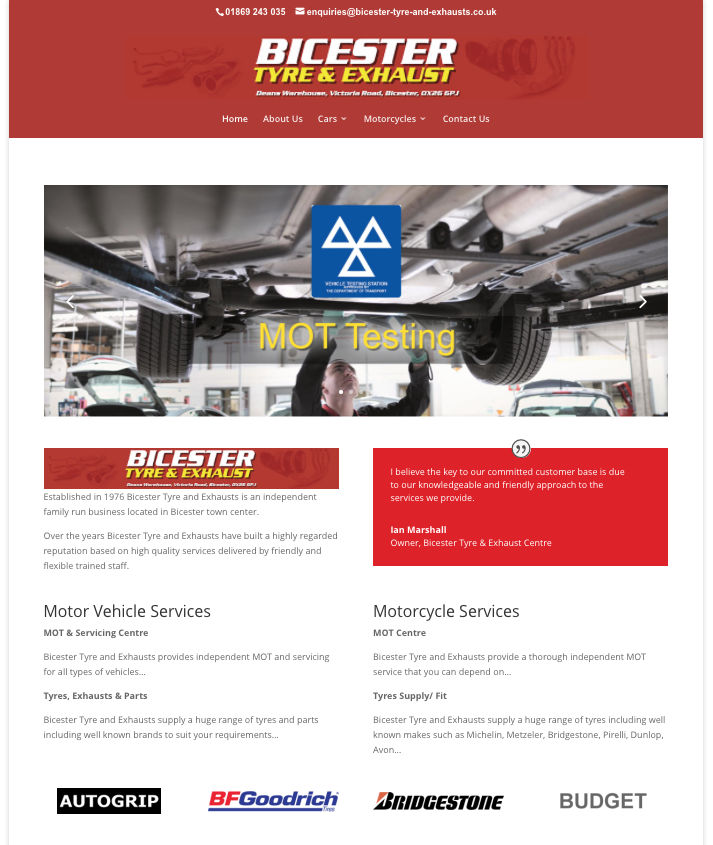