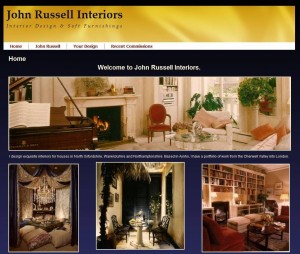 John Russell does exquisite interior design in the Banbury and North Oxfordshire area.

John’s career spans 40 years in the fashion, furnishing & interior design business. He lives near to Banbury, allowing him to work on commissions from Moreton in Marsh in the West, to Oxford, East to Thame, and as far north as Warwick.

John started in Barkers in Kensington in the fabric department after qualifying at the London School of Printing & Graphic Arts. During the following decade, he worked for Derry & Toms, in Kensington as a fabric buyer, and for Habitat, working with Sir Terence Conran as Buying Manager for the group. He travelled frequently to Milan & Rome to work with Valentino, Fabrizi et Calandra and Bisies Novita, where he created room sets for Vogue & Tatler magazines, during a period where John freelanced as a designer for various shop groups & interior decorators.

Following a spell at Zarach and also Blanchards on Sloane Street, John set up a business in Oxfordshire, working both directly for clients, where he now lives and works. 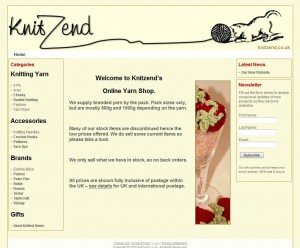 We supply branded yarn by the pack. Pack sizes vary, but are mostly 500g and 1000g depending on the yarn.

Many of our stock items are discontinued hence the low prices offered. We do sell some current items so please take a look.

We only sell what we have in stock, so no back orders.

All prices are shown fully inclusive of postage within the UK – see details for UK and international postage.